Life, Liberty, and the Pursuit of Happiness Recently, I had the privilege of sharing a presentation with the ladies of the DAR – the Daughters of the American Revolution. As the guest speaker for the annual Regents banquet for the DAR, I was delighted to be invited to participate in such a prestigious organization of patriotic women. They asked me to speak based on the historical mystery that I wrote six years ago: Spirits of Amoskeag, The Wounded Heroes of the Manchester Mills. This is a story that I promised to tell of child slavery, abuse, and tragedy that happened in the mills of New Hampshire in the late 1800s, and was likely repeated in other places around the world. I will share the story of the Great Unspeakable with you another time. This was a time when people were censored from telling what they knew to be true to save the children. Is something similar going on today?

Preparing for the DAR presentation took me on quite a personal reflective journey, connecting with my own passion for America’s history. Born and raised on Army bases, I hold great respect for the sacrifices our military and their families make throughout their lives. I’ve also lived in and restored antique properties, some 1890s Victorians in Tennessee, a 1770s colonial in Dunbarton, and even created a modern replica using antique architectural pieces in Windham. In the discovery process, I also found that several of my own Great Grandfathers fought in the Revolutionary War. No wonder New England has always felt like home to me. Can we even imagine the hardships our forefathers and mothers went through for freedom’s sake?

I was inspired by this amazing group of dedicated DAR women who uphold a legacy of patriotism, historic education, and preservation. They remind us of the importance of the constitution, upholding the rights our ancestors fought, sacrificed, and died for. As I stood solemnly with this gathering of formally dressed, beautiful, and respectful women, I could feel their passionate commitment to America and to each other. I realized that it had been a while since I had recited the pledge of allegiance and our National Anthem with such enthusiasm and was deeply moved by a poem they read together called:

I believe in the United States of America as a government of the people, by the people, for the people; whose just powers are derived from the consent of the governed, a democracy in a republic, a sovereign Nation of many sovereign States; a perfect union, one and inseparable; established upon those principles of freedom, equality, justice, and humanity for which American patriots sacrificed their lives and fortunes. I, therefore, believe it is my duty to my country to love it, to support its Constitution, to obey its laws, to respect its flag, and to defend it against all enemies.
– Written 1917, accepted by the United States House of Representatives on April 3, 1918.

These patriotic women of the DAR are dedicated to upholding the history of our country, with a passion for historical education and patriotism. One local chapter of the DAR is the Molly Stark Chapter in Manchester. Molly or Elizabeth Stark was the mother of eleven children and a war heroine herself, opening her home as a hospital and assisting the war efforts as a battlefield nurse in the 1770s. Molly’s husband, General John Stark, is the decorated Revolutionary War hero who is the originator of our New Hampshire state motto: Live Free or Die. Actually, his complete statement was: “We must fight to live free or die, for death is not the greatest of evils.”

Think about the determination the early colonists had as they fought in the American Revolution: freedom from oppression, taxes, dominance, and control. The industrial revolution I wrote about in the Spirits book heralded a different type of oppression based on long hours of slave labor for the working class, creating products for the elite. Are we now facing the need for another revolution from oppressive cyber-social censorship and control? Haven’t we been around this bend a few times before? When will we respect the experiences of our past and take lessons from those who showed us the way?

In Chronicles of Hope: Book 3, the Archangel Azrael tells us to look at what the early Americans achieved via revolution. We need to do the same, now. Evolution would be much simpler, if only we could wait until those who choose to control have passed over. Yet, there are so many in the evil swamp of destruction and desecration that the concept of allowing the process of evolution to occur is no longer an option. We must rise up against the negative forces to embrace our power in the light of truth. We must join together as warriors of light to encourage a spiritual, social, and political revolution for freedom! People are fed up with the system. Now is the time to remove those who have been in power for too long. It won’t help to find other people to put in their place. People themselves must step up and make themselves available.

Azrael said: Go back and look at your ancient American history. No one said, “There needs to be change. You, go make change.” The individuals themselves stepped up and did what they knew would be difficult and painful to do. They put themselves in a position where the public could scrutinize their every move, but they did it. Those are the kind of people we need to motivate and support now. We need to put real people into positions where they can affect change. If you make yourselves examples of stepping forward, examples of: “We know this is painful, but we’re going to do it because we believe it’s right,” others will follow that example.

As we look to our ancestors and stand up for what we believe is right, we hold true to our belief in truth, honesty, and integrity. Let us each do our part to help America return to the original mission for the right to life, liberty, and the pursuit of happiness. Meanwhile, I invite you to watch this powerful rendition of and story behind our National Anthem. It should inspire you to step forward and do what you can in your own way. Be sure to watch the Radio Show interview with NH DAR State Regent, Trish Jackson. She represents this amazing organization that is an inspiration to uphold life, liberty, and the pursuit of happiness.

Many Blessings of Hope for Humanity, America, and Our World,
Lois Hermann 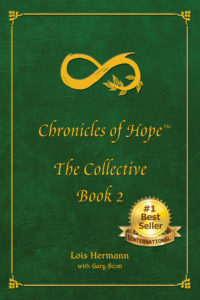 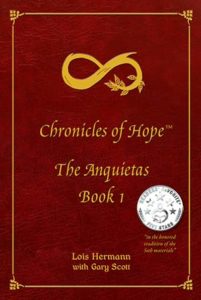